I saw a trailer on Sky the other day for the next big thing in hospital drama – Critical. A fictional series based on saving (or not) the life of a patient filmed in real-time (over an hour). The filming looks slick and the actors serious. It’s sold as being ‘ground-breaking and the most realistic hospital drama to date’. 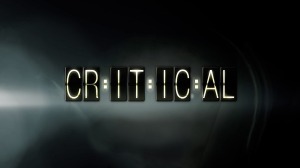 I’ve long-since wanted to write about why I find watching TV so hard now. Since Abi died, every telly programme seems to feature a death, a trauma, an argument, distress, pain, gore, fear… I instantly felt alienated by my TV, which is something we use every day for a bit of light relief. We’ve been living on trivia and gentle humour – endless episodes of QI, Would I Lie to You?, anything with Jimmy Carr in it and the comediens that usually feature with him. I’ve pretty much exhausted all those and have moved on to Top Gear now! My new ‘happy pill’. Sigh.

We have the whole Virgin Media Cable TV package, yet we can only watch a fraction of the channels simply because we can’t bear the programmes that are put out. Each night we scroll through the listings and there is nothing cheery on at all! And all of it sandwiched by the News, which isn’t much better (I’ve written about how I conquered that particular battle here)! We’ve even got Sky Movies and Netflix to widen up our choices, and some days I just put on a Disney Pixar film as that’s all I can handle!

The hard thing about this is that we used to really enjoy watching telly. We could easily watch a good old murder mystery – Midsomer Murders, Death in Paradise, Silent Witness etc – but we’ve not watched one since February 2013. Not that Abi was murdered, but it’s that these programmes inevitably have blood in, a dead body, perhaps a scene with someone performing CPR, grief, crying… ahhhh!

Then the endless shows about bodies and health! We used to enjoy watching Casualty or ER, pretty easy viewing for a Saturday night, but now I rush to the remote if anything remotely medical is on the screen.

Every channel, every night there is something about death and trauma – it could be a drama like Holby City, this new Critical, or a documentary-style show like Benidorm ER, 24 hours in A&E, or as I’ve said, gritty crime thrillers.

We used to watch these shows just like ‘everyone else’. They didn’t bother us much at all, they were happening to other people. In fact some of the documentaries gave fascinating insights into how much our NHS staff have to put up with to save lives day in day out, and I feel it’s stuff we need to see in order to understand what goes on. But I can’t watch anything now. I see someone pass into death (the flatline is just horrendous!) and I am thrown back to the moment my daughter died. I see blood and CPR and I’m thrown back to the terrible moment I had to perform CPR on my daughter when she collapsed. I see people crying, screaming, pretend grieving and it cuts deep to know I feel it for real.

It is easy to say ‘switch it off then’, ‘read a book or do something else’. But our bedtime routine is long and drawn out, putting our children to bed; our days are hard trying to get on and live normally. TV is our escape and watching light-hearted silliness for an hour is essential to help us unwind before trying to go sleep. The Rev. Kate Bottley from Gogglebox once said something about how her day is a mixture of highs and lows – one minute she’s burying a baby, the next she’s dancing around at a school assembly – so she watches ‘trashy’ telly as a way to zone out a bit from the day. I totally get that. One minute I’m mourning Abi, the next I’m laughing on the floor with my children – a constant life/death ride.

We live with real life trauma and sorrow and hardship every day and I feel it’s becoming ‘critical’ that TV offers us more in the way of positive stuff, shows that inspire and give us a lift. I’m all for pretending, but why not do pretending happy instead of pretending sad?

So, as ‘brilliantly accurate’ as Critical may be, I won’t be watching. I’ll be too busy channel hopping! 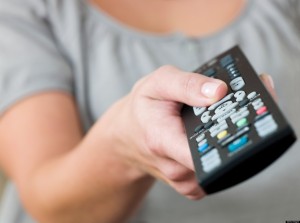