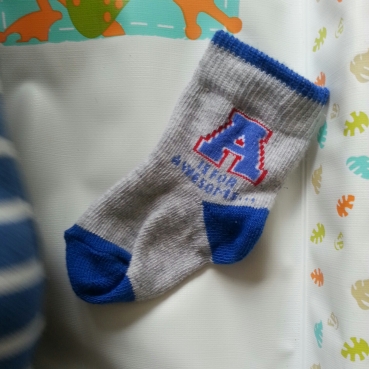 This tiny sock, apart from being utterly cute, revealed a lot to me about how my shopping habits have changed over the past 14 months.

Abi had not long turned 12 and, now that she was at secondary school, she had become more interested in fashion; New Look was a particular favourite shop of hers.

It was great shopping with her; typical mum/daughter time like I imagined when she was little. I loved our sprees and would happily spend money on clothes for her as it was a pleasure to see her growing up. She was great company. But then she died…

I’ve not been into New Look since.

After Abi died and we were first starting to go shopping for the others, I found that I would gravitate towards Abi-style clothes. I seemed to be surrounded by her choices. Her style and that of her sister’s were very different but it was almost out of habit that I picked up things Abi would have worn. Her sister wasn’t interested in fashion at all and still isn’t bothered. It’s simply not her thing, which is fine, but then I’ve lost my little shopping buddy and that makes me sad.

I soon realised I needed to avoid trying to dress my daughter the same way as Abi, to replace her style with Abi’s in order to keep her close, so I simply stopped shopping. My daughter was happy in simple tops and leggings, and I’ve had to accept that. I’ve found other ways to spend time with my daughter, and in many ways I’m glad they were so different.

Back to the socks… so, when doing a bit of clothes shopping for the children I saw these socks and wanted them. I held them in my hand for a while to make sure I really wanted to buy them. It was a big deal, as the reason I liked them was because they reminded me of Abi.

The ‘A’ in large print is a common pattern; Abi had a similar print on some of her tops. The style was one she was into – the varsity college look. And, of course, the words ‘A is for awesome’… which she was! But, by buying them for my baby boy I felt that it was okay now; it’s almost a bit of Abi with him… rather than the more obvious desire I had initially to impress Abi’s style onto her sister.

This even affects me to some degree. Abi loved her nail polishes and having recently grown my nails I picked up this coral polish… a colour which screams Abi at me as she looked amazing in it.

These small things teach me that my grief has moments of edging into another place… part of me would like to believe this is acceptance, yet that word feels so wrong to even write. 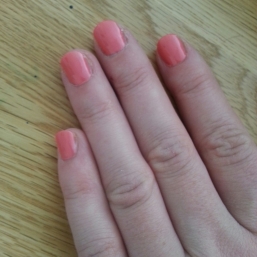 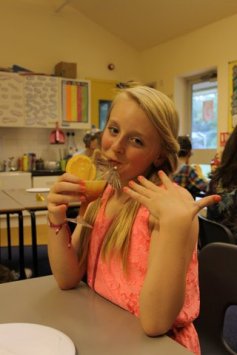 5 thoughts on “What a baby sock taught me about grief” 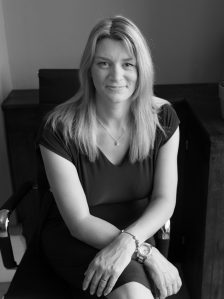