I attended a funeral this week of an inspiring lady from my church, ‘D’. Her death, while expected in some ways due to the leukaemia that had taken over her body, was a shock to her family and friends nonetheless.

She and her husband are both committed Christians and have done a lot for the church in their lifetime. However, the funeral wasn’t so much about their depth of faith, but was about how ‘D’ had lived her life and the impressions she made on people. We learned how she was the kind of woman to make the most of every day. How she was always challenging herself. How she used her creative talents to benefit others. How she was involved in community work and selflessly reached out to support young and old. All the while raising two children and being a dedicated wife, grandmother and homemaker. She had lived a life many of us aspire to, but did so without self-congratulation or pride, but humbly and modestly, and with an awesome dose of humour! She dealt with her illness with great courage and dignity.

It spoke volumes that the church was full of mourners and there was standing room only for some. While not originally from our village, all ages and people from all her life attended. A testament to who she was. A much-loved person who gave more love in return. I had only known her relatively briefly, a few years, and we socialised at church events. But there was much about my own relationship with her that made me feel a connection to her and such sorrow at her death.

She first introduced herself to me at the first church service I attended after my daughter’s funeral. This kind-faced couple approached me and she told me how they knew something of our loss, as they had lost their eldest grandchild in similarly sudden and unexpected circumstances at a similar age to Abi (who was 12 when she died). Ever since, they always made a point to say hello or to have a chat whenever they saw me. While there were periods where I didn’t see them for a while, I felt welcomed as an instant friend and there was a genuine sense of care and love about them.

END_OF_DOCUMENT_TOKEN_TO_BE_REPLACED

If you have just suffered the loss of your baby or child, or know someone who has, you will likely be given a wad of leaflets by the nursing team to help you begin to make funeral arrangements. It will feel so unreal that you are doing this but it’s important that you don’t feel hurried and go at the pace you can cope with. Asking a close friend or relative to help you make phone calls will make things easier for you to bear in the early days. END_OF_DOCUMENT_TOKEN_TO_BE_REPLACED 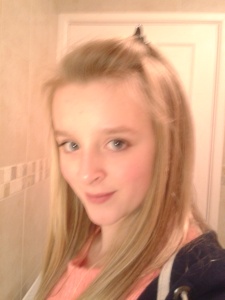 Another poem we chose for Abi’s church service, read by another uncle.

You were so very, very special
And were so from the start
We held you in our arms
But mainly in our hearts.
And like a single drop of rain
That on still waters fall,
Your life did ripples make
And touched the lives of all.

You’ve gone to play with angels
In heaven up above
So we’ll keep our special memories
And treasure them with love
Although you, our darling daughter,
Were with us just a while
You’ll live on in our hearts
With a sweet remembered smile. 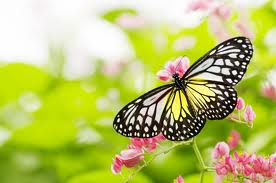 A poem we chose to be read at Abi’s church funeral service, read beautifully by one of Abi’s uncles. It was one we’d read to her in the past and reminded us of her.

I’ve watched you now a full half-hour;
Self-poised upon that yellow flower
And, little Butterfly! indeed
I know not if you sleep or feed.
How motionless! – not frozen seas
More motionless! and then
What joy awaits you, when the breeze
Hath found you out among the trees,
And calls you forth again!

END_OF_DOCUMENT_TOKEN_TO_BE_REPLACED

It is exactly a year ago today that Abi came downstairs looking pale and complained she felt really ill. Exactly a year since our world was turned upside down and inside out.

I never really imagined what this day would be like, despite people telling me ‘all the anniversaries will be hard’.

Anniversaries? Anniversaries are a time to celebrate or commemorate something. A time to think of only that person or event, which you can forget about the rest of the year.

END_OF_DOCUMENT_TOKEN_TO_BE_REPLACED

We chose the complete version of this well-known poem to be the only reading at Abi’s brief cremation service.

Finding a reading which meant something and was not overly sentimental was very difficult. Nothing seemed to be fitting for Abi’s ‘final word’… nothing could be. But this poem spoke to us, it was both a comfort and an expression of grief; it doesn’t pretend it’s all okay but that what has happened and how we feel is both human and spiritual.

END_OF_DOCUMENT_TOKEN_TO_BE_REPLACED

I decided to change my blog name to something more hopeful and settled for Chasing Dragonflies. So, what is it with all the dragonflies anyway?

While we were researching readings for Abi’s funeral, we came across the story ‘Water Bugs and Dragonflies’ (I’ve posted the full story here). As the story explained, we can never see what waits for us outside this world until we get there, but it is more beautiful than we can ever imagine. We are content, perfect and free…

END_OF_DOCUMENT_TOKEN_TO_BE_REPLACED

In my blog, My grief observed, I wrote about death bringing the fragility of life to the forefront.

When you hear of someone dying it makes you consider, even briefly, your own mortality. When it happens directly to someone you love, it often forces you to focus on your own life/health much more intensely, that you’re perhaps only a heartbeat from death. (Of course, I’m relating this to my own experience and our society in general, people in war-torn countries will understandably have a vastly different perspective on this.)

For me, the impact death has had on me was influenced to a large degree by my age and my relationship with that person.