My middle daughter came home from school yesterday with a pretty box stuffed full of sanitary towels and tampons. They’d had the end-of-year talk about sex and periods.

My daughter wasn’t fussed. She’s quite happy to wait to grow up and, while she knows periods will happen at some point, she’s in no hurry and would rather be dreaming of ponies. However, as I took the box out of her book bag, my grief hit me again. I was taken back to July 2012 when Abi had had the same class talk. 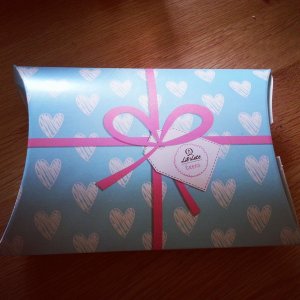 Abi was fascinated and seemed excited for the next phase in her development. She was always asking questions, chatting about it with her friends, noticing the changes that were happening to her. I mourn the fact she missed out on that.

She never reached the start of her periods, though she was definitely on the cusp of it, but I have a worrying theory about why she died when she did.

When Abi’s brain haemorrhage struck, as well as the natural shock, we were confused as to why it chose that day, that time in her life to go. The doctors were surprised by her case (which is always unnerving, as you kind of expect them to know everything). They told us that her type of haemorrhage was rare and even when it does happen it usually occurs in adults, who, like Abi, never knew they were living with a timebomb in their heads. It’s even rarer to happen to children; however, there is some similarity in the children affected and, of the cases they’d seen, the girls were often in the pubescent years (around 12 – 17).

When we left the hospital after Abi died, we knew there would be a review meeting around six weeks later, an informal inquest if you like, which enabled the whole case to be looked at in detail to see if anything could have been done differently, and to answer our many questions. We had lots of questions around why – I even wondered if it had been something I’d done or not done during pregnancy, or if her ventouse birth damaged her in some way – but nothing could be attributed as the cause.

Yet, when I’d looked up Abi’s condition online while seeking answers or support, I found we were not alone, there had been other girls out there (in the UK) who had collapsed and died from a brain hemorrhage – not the same place as in Abi’s brain but the same condition. What struck me was they were all healthy children, growing up normally, so why were these weaknesses occurring at that time? I asked the consultant during our review and she said, while there was no clear evidence (research is very hard to do in this area), of the handful of children they’ve seen in the last few years, they have been mainly girls, and mainly teens, and there is a possibility of a link.

I can’t help but feel, by some instinct, that the rush in hormonal changes and new demands on the body are what triggered Abi’s particular haemorrhage. After just five months at secondary school, she was changing fast – mood swings, greasy skin and pimples, filling out in the hips and bust – so much was going on in her life and body.

I wouldn’t want to alarm anyone reading this with daughters of the same age; like I said, Abi’s condition was pretty much unique to her, and this is purely my theory without any solid medical evidence. We’ll never know the truth of course, and as I’ve said in other posts it’s not really much good even if we did. There is nothing that could have been done to prevent this from happening and I wouldn’t have taken those wonderfully fulfilling 12 years away from Abi for anything. I’m glad we didn’t know.

But, even though they have told us with great confidence that it’s not hereditory so is very unlikely to happen to one Abi’s siblings (although now the words ‘rare’ and ‘unlikely’ don’t mean much to me), I cannot help feeling anxious about what is to come for my middle daughter over the coming months and years. At almost 12, she is showing the early signs of changing and I know that once she gets to secondary school in September it is almost a trigger to the body to say, ‘come on, it’s time we grew up’. I don’t blame her for not being interested, but she can’t stop time.

Yet I refuse to let my fears control me. I could so easily become scared and hyper-anxious over this. But there’s nothing I can do about it. So all I can do is pray that, when my daughter changes, it is as smooth a transition as possible and be there for her, as I would have been for Abi.

17 thoughts on “Did puberty trigger my daughter’s death?”