No one ever told me that my grief would make me feel so ill.

As they broke the news to us that Abi was going to die, I thought of only her, then our family… and everything about how we’d live without her.

I was prepared – and expected – to feel depressed, but the physical symptoms that gradually took hold were more of a shock.

I shared this link about how grief affects us physically on my Facebook page, and wasn’t too surprised to find many of you have felt similar symptoms – some debilitating, some mild, but all as a result of the grief. These symptoms, however, are mostly during the early weeks and months after the loss. I didn’t really notice anything until about a year after and they got worse…

I developed a weird thing with my heart – in that I have noticeable ectopic beats and a type of tachycardia that causes palpitations. (Part of me thinks I am so aware of my body now that I’m conscious of my heartbeats, I probably wouldn’t have  noticed this a few years ago.) It’s not bad enough to have me on medication, but it is bad enough to make me anxious to the point where I’ve been scared to go out or be alone. It has greatly improved now I’ve lost some weight, am more active and eating better, and I think was made worse by the pregnancies, but while I’m now able to function again, I’m nervous (make that terrified) about exercising. I’m scared that raising my heart rate will trigger palpations, and then a heart attack. It’s so bad that I almost have a panic attack just thinking about it. There are countless stories of people dropping dead when running or exercising, usually fit and healthy people, and this only adds to my worries and my excuses not to do anything.

But I’m so tired of being scared. I’m so tired of saying to the children ‘be careful’, or of saying to myself ‘you’d better not’. Of living in fear. I ran half marathons and 10ks with relative ease before Abi died, I got such a buzz from being fit! But every one of my symptoms – however real they were (as they were genuine medical things, not ‘imagined’) – have been brought on by grief.

It’s commonly believed in the medical profession that 90% of illness is caused by stress, and grief is just a form of stress. I didn’t take myself to the doctor at the slightest thing before Abi died. I didn’t worry about exercise or food. I didn’t worry that putting butter on my toast would kill me, or that if I ran I might keel over…  I miss that me, the me that worried about obvious stuff but didn’t let it stop me.
But I still have a bit of that old me left. The me that refuses to quit. The devil is telling me to stay down, God is telling me to get back up!

In January, I wrote this post about easing myself back into exercise, by going for gentle walks and getting outdoors more. Doing this, when I can and when my mind allows me, has been beneficial.

So I have taken the next step and started looking into exercise, raising my heart rate. I signed up for a local netball group but I was too scared to put pressure on myself, so I went out for a run. At least on a run if I wanted to stop and go home I could. After months of procrastination, talking myself out of it, crying, fear, anxiety, another bar of chocolate, I put my trainers on and went.

It felt good. I ran for 15 minutes and didn’t collapse or struggle. I went at a gentle pace but was surprised how good it felt to be back out and having that mental space while my body felt energized. It’s a far cry from the hours of running I was capable of before Abi died, but I have a new agenda now. To build up my confidence to enjoy exercise for what it is, not what it might do to me. We’re all going to die, so I may as well live!

I don’t know if I’ll do another run. I might, I don’t want to put this out there and feel I have to now commit to it, but it’s a start.

It’s all about putting one foot in front of the other. 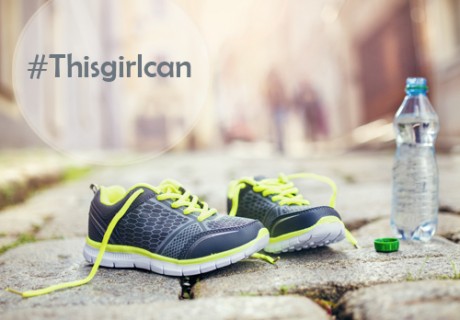 3 thoughts on “Sick with grief”